From an initial idea in 2016, ASDIC thoroughly proved its worth through a fully-funded 2-year project phase undertaken from 2018 and became an independent entity in August 2020 upon registration with the Charity Commission as a recognised charity in its own right.

The Board of Trustees comprising a Chairman, Treasurer and 5 others meets formally every quarter to govern the strategic direction of the organisation. These trustees all have some experience of either running Drop-Ins themselves or being involved with veterans’ welfare:

Day to day management of ASDIC is provided by the Chief Executive who is responsible to the Trustee Board through the Chairman.  The ASDIC Management Team is illustrated below, including volunteer contributors.  There is also a listing of personalities with short biographies.  All members of the team are there to help, so please don’t hesitate to get in touch with any one of them on any query large or small. 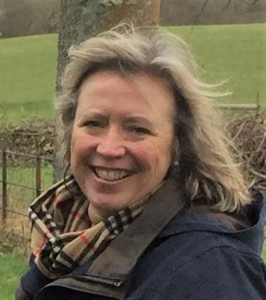 yal Navy as a Lieutenant Commander in 1997 after 18 years of service. Specialising in weapons trials and analysis, she worked in training, became head of branch and had staff jobs in both Joint Headquarters and the MOD.  She also saw friends and loved ones through the Falkland Islands and Gulf wars.

After a break to devote to her family and young children, she then worked locally in East Sussex as a School Secretary in admissions and marketing, and as a Property and Relocation consultant and schools advisor.  Tracy continued to maintain strong ties with the ex-Service community and is a regular volunteer in support of military charities.  She is a member of the Chatham Naval Officers’ Association and a frequent attendee at local Sea Cadet Unit events.

Married to a Naval Officer who has spent the last 17 years in the ex-Service charity world, she enjoys tennis, gardening, dog walking and singing in the local choir. 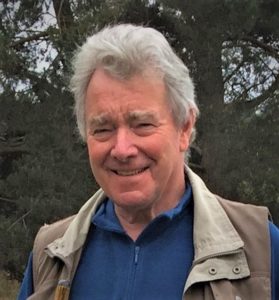 Barry Bryant spent 34 years in the RN, serving as a Lynx Flight Commander in the Falklands Conflict and commanding HM Ships HERMIONE, JUPITER and ENDURANCE before his final four years as one of the Navy’s senior personnel directors, retiring as a Commodore in 2001.  The following year he became the Director General (CEO) of King George’s Fund for Sailors.  The next 17 years saw the charity’s modernisation and transformation to Seafarers UK, broadening its scope to include education, training and public awareness of the importance of the sea to UK life.

He chaired the Maritime Charities Group, served on the Board of Maritime UK, and is a Younger Brother of Trinity House.  He retains his seafaring links as President of the Chatham Naval Officers’ Association, the HMS JUPITER Association and his local Sea Cadet Unit while trying to make himself useful behind the scenes, using his experience as the volunteer Executive Director of ASDIC. 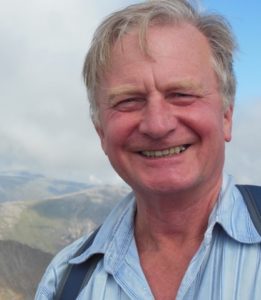 Malcolm Farrow left the Royal Navy in 1996 as a Commander after 34 years service (including the Falkland War on Admiral Woodward’s staff), immediately joining the Senior Civil Service as a 1* but was made redundant a couple of years later when the executive agency he ran was privatised by the government. He then rejoined the Navy as a Captain to be the Director of the International Festival of the Sea 2001 and again in 2005 as part of the Trafalgar Bicentenary team, before removing his uniform for the last time in late 2005.

Then followed 6 years as Assistant General Secretary of the Forces Pension Society, gaining wide tri-Service experience, before taking on the role for ASDIC. He has also worked within the charity sector. He is President of the Flag Institute and an advisor to the parliamentary all-party group on flags and heraldry.